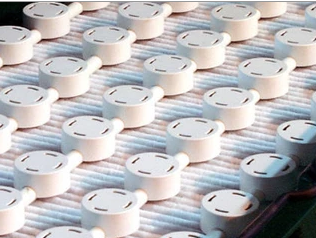 I thought I would add a glossary of some of the more common industry terms, for those of you that like to “dig” a little more and understand some of the lingo. I want to give credit to OSI for alot of this information.

Also sometimes referred to as a “fixed film” process. This is a wastewater treatment process where the bacteria / microorganisms that actually “treat” the wastewater are attached to some surface, natural or man-made (sand, peat, textile, gravel). Wastewater is flowed over the surface/media effectively “feeding” the microorganisms. These systems are generally low maintenance, consume low energy, and therefore are good solutions for residential or small community treatment systems. Some systems use textile curtains or sheets, some use a fixed plastic “home”, while others use floating media.

A bed of sand, gravel, broken stone, or other medium through which wastewater flows or trickles, which depends on biological action for effectiveness.

A black, jelly like layer of organic material that forms at the area where the effluent meets the soil (infiltrative surface) of a drainfield. This is produced mainly by the microorganism “waste” and activity, but it can also grow in thickness size (and become a clogging factor of your drainfield) by abuse or excessive application of effluent (beyond the design flow of the system).

Also referred to as “sewage” or “raw sewage or wastewater”. In general, includes everything that is flushed from a toilet (mainly fecal matter and urine). See also “Grey Water”.

An underground pit or hole, lined or partially lined, where raw sewage/wastewater is collected. The wastewater then seeps into the surrounding soil.

A process by where the concentration of suspended matter in a liquid is reduced. An example of clarified wastewater is the liquid that has remained in a septic tank for approx 24hrs where most of the settleable solids have been removed by sedimentation.

A device, usually installed near a septic tank or other component, that uses logic and other components to measure, record, and operate pumps, floats, and other processes within a wastewater system. Not all systems require control panels.

A system of pumps, pipes, and valves for collecting wastewater from individual properties and transporting it to a community treatment and dispersal system.

Also referred to as an Onsite Wastewater Treatment System (OWTS). The collection, treatment, and dispersal of wastewater at or near its origin…. an alternative to a conventional gravity (city) sewer system. Also loosely known as a “septic system”.

Configuration in which a specific volume of effluent is delivered to a component of the system based on a float setting or level in the tank or collection agent. For example, Model ABC tank has a volume of 20 gals per inch in the dosing compartment. A float is set to turn the pump on at 35 ” of height, and turn off at 30″ of height. This effectively doses (discharges) 100 gals of effluent to a final treatment area every time the liquid level rises to 35″. Demand dosing is less efficient for drainfields, and is more likely to damage or saturate the field during periods of abuse or overuse as compared to Timed Dosing. It does not require a control panel, and therefore slightly less expensive than Timed Dosing to install this configuration. Also see Timed Dosing.

An anaerobic biological reduction of nitrate nitrogen (e.g. nitrates in soil or wastewater) to nitrogen gas and/or the removal of total nitrogen from a system. This is the final step in a process that serves to convert nitrogen into a form that enables its removal. Depending on the source, effluent can have high nitrogen levels, and in nitrogen-sensitive areas denitrification may be required before the effluent is dispersed back into the environment.

This is a calculated maximum amount of wastewater that is expected to be produced, treated, and returned to the environment from a dwelling or location. Typically expressed in gallons per day (gpd). This is used mainly in the design process. Factors that are used to calculate design flow vary between different jurisdictions, but usually include # of bedrooms, bathrooms, occupants, fixture units, intended use, and sometimes square footage of the dwelling or unit.

Soil based wastewater treatment, normally includes shallow trenches and perforated pipe on top of gravel. Can be either a gravity type or pressure type system.

Wastewater, partially or completed treated, that flows out of a tank or treatment component and into the next step in the treatment process.

The area where the effluent is discharged for final treatment. Normally this is a soil-based treatment. Drainfields, raised mounds, sand filters, etc are examples of FTA’s.

A system where no pumping is required to discharge the effluent to the final treatment area or drain field.

Grey water is water from your bathroom sinks, showers, tubs, and washing machines. It is not water that has come into contact with feces, either from the toilet or from washing diapers. Greywater may contain traces of dirt, food, grease, hair, and certain household cleaning products.

Energy lost in a liquid due to friction or obstruction to flow within a conduit or piping system. Can also include energy lost due to changes in elevation within a piping system. Correct sizing of pumps relies heavily on accurate headloss calculations.

Raw or partially treated wastewater that flows into a tank or treatment component.

Biological oxidation of ammonia to nitrite and nitrate, or a biologically induced increase in the oxidation state of nitrogen. This is a critical part of the denitrification process.

A discharge hole in a pipe distribution system.

A device used to protect an orifice from blockages. It also acts as dispersal agent and helps prevent erosion within a mound or drainfield.

A system that requires a pump to deliver doses of the effluent to the final treatment area or drainfield. Smaller pipe sizes are normally used.

The first stage of wastewater treatment consisting mainly of the settling and digestion of a substantial amount of biosolids. In an OWTS or “septic system”, the primary treatment normally happens within the septic tank.

Also know as HRT or Hydraulic Retention Time. This term is normally used in conjuction with the time water or wastewater is retained in a septic tank to allow it to clarify (allow the settleable solids to sink to the bottom of the tank).

A layer of wastewater particles and constituents that float on the liquid surface in a septic tank. As this layer increases in thickness, working capacity of a septic tank decreases and HRT (Retention Time) decreases.

The ability to remotely record and transmit data to a receiving station for analysis. Some control panels are able telemetry enabled and use either a telephone line, cellular signal, or internet signal for remote access.

Configuration in which a specific volume of effluent is delivered to a component of the system based on a prescribed timed interval, regardless of how much water the facility uses. For example, 100 gals of effluent is discharged to a drainfield every 4 hours throughout the day and night. Timed dosing is much more efficient for drainfields, as it is “feeding” the bacteria in the soil that clean the effluent in smaller doses at regular intervals. Timed dosing requires a control panel. Timed dosing can also be used for dosing schedules in Advanced Treatment Units and other components throughout a wastewater system. Also see Demand Dosing.