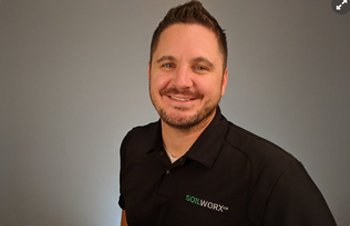 In the wake of the COVID-19 pandemic, it’s likely that many pumpers and onsite service providers are calling on customers who suddenly aren’t financially equipped to handle either routine tank pumping or emergency system service.

Chad Widmer, the owner of Soilworx, a septic system design and maintenance firm based in Alberta, has a suggestion for encountering these situations: Be flexible and empathetic.

Widmer says his company, which is located in Okotoks — roughly 30 miles south of Calgary in southern Alberta — already is giving customers lenient payment option. The company serves customers throughout central and southern Alberta.

“I’m giving people options,” says Widmer, who established his company in 2004. “If they can’t pay right now, we talk about it: First take care of the problem, and worry about getting paid later. This is especially true in emergency situations.

“I think that whether it’s pumpers or maintenance providers, we’re all part of our communities,” he adds. “I think delaying payments shows you’re a stand-up company.

“It really just comes down to helping people out in a crisis situation so they don’t have to worry right now about the finances. That’s especially true if it’s just (the cost of) my time to fix something. It’s a little scarier when there are pumps and other expensive components required. But I think you have to take each call on a case-by-case basis.”

On the other hand, Widmer says he also understands how some maintenance providers might not be in a position to be flexible when it comes to payment, considering the “hard costs” associated with labor, fuel and septage disposal fees. If it’s feasible to be flexible, however, he thinks it will pay off in the long run in terms of customer retention and word-of-mouth referrals.

“Having someone trust you is better than any form of advertising,” he says.

In the pumping community in southern Alberta, Widmer says the overall mood at the moment is one of caution, just based on the many unknowns that come with the pandemic. Construction is slowing down in the region Soilworx serves, which in turn decreases the need for system designs, he says. “On the maintenance side of things, it’s possible people might be putting that off for a couple month, I’m guessing. People are very cautious about spending money right now.”

Widmer is one of only four active instructors in the entire province qualified to teach installation classes for contractors trying to become certified installers. And he observes that the number of new students is also dropping slowly since the pandemic started, which also affects his business. However, he says demand for pumping should remain steady and could even increase, particularly since many households now are using more water as more people are staying in or working at home while they ride out the pandemic. Older systems that typically are smaller than newer systems are probably under more stress than usual.

When Soilworx was established, it focused mostly on construction-related work. But in 2013, the company shifted gears into just septic system design and maintenance work for residential and commercial customers. Design work generates about 80% of the company’s business, with maintenance work filling out the balance, Widmer says.

For the most part, Soilworx designs sand-treatment mound systems because site and soil conditions typically make other systems unsuitable. His company is also authorized to maintain advanced (aerobic) treatment systems made by Orenco Systems, Ecoflo / Premier Tech Aqua and BioMicrobics (MicroFAST). Widmer also installs a few systems a year just to stay fresh, but says he doesn’t want to compete against the same installers for whom he designs systems. His primary pieces of equipment include a Bobcat mini-excavator and skid-steer and a Caterpillar skid-steer.

Regardless of the services offered, establishing goodwill and trust with customers and continuing to provide quality service will help bring companies through this uncertain time.