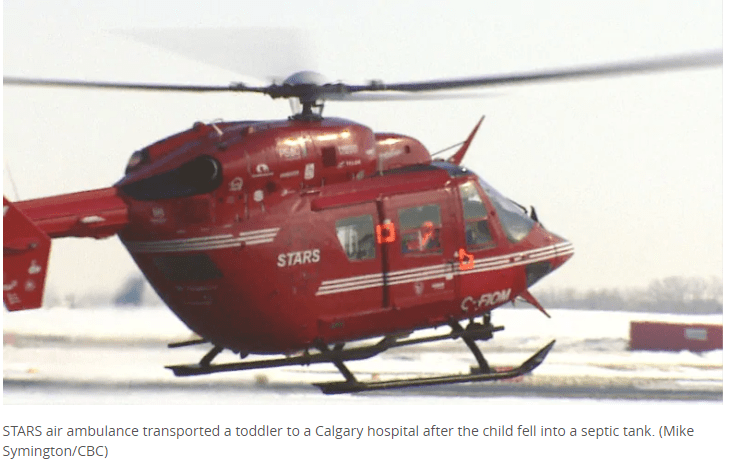 This heartbreaking story is an important reminder to ensure septic and holding tanks are secured with locked lids.

A two-year-old boy has died at the Alberta Children’s Hospital in Calgary after falling into a septic tank west of the city.

EMS said they received a call at about 12:50 p.m. Thursday from a rural property near Priddis that a child was missing and was believed to have fallen into a septic tank.

“On arrival, paramedics worked with other bystanders to lift him from the tank,” said EMS spokesperson Stuart Brideaux.

The child was rushed by STARS air ambulance to hospital in critical, life-threatening condition. He was pronounced dead at the hospital.

“Any death is hard to deal with. We deal with these unfortunately quite a lot but when there are children involved, it reaches at people’s heart strings,” he said.

It’s unknown how long the child was in the tank.

Turner Valley RCMP and the medical examiner’s office are investigating, police said in a release. An autopsy has not yet been scheduled.

Priddis is a hamlet in the foothills of the Rocky Mountains.